Awhile ago, I got man hands on an old and broken printer, not the desktop kind, but large small office kind. I took it apart for parts. I was intreguid by the gear mechanism for one of the paper feeders. I decided to make a clock out of it. 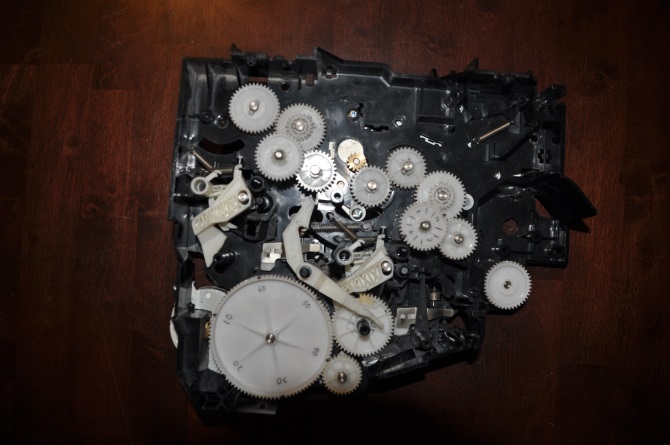 The clock is driven by an Arduino Uno with the Adafruit motor shield. Both the minute gear and the hour gear are driven by stepper motors that came out of the same printer. The steppers are much more powerful than they need to be, but I liked the idea of only using parts from the printer to build the clock. 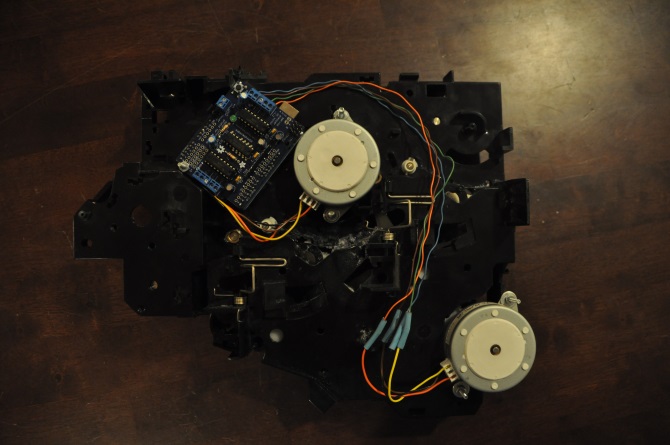