As a programmer, I spend a fair amount of time debugging code. One day I realized that the four primary debugging commands (run, step over, step in, step out) are roughly analogous to the four directions of a joystick (up, down, left, right). It is also useful to have buttons to stop and toggle breakpoints. 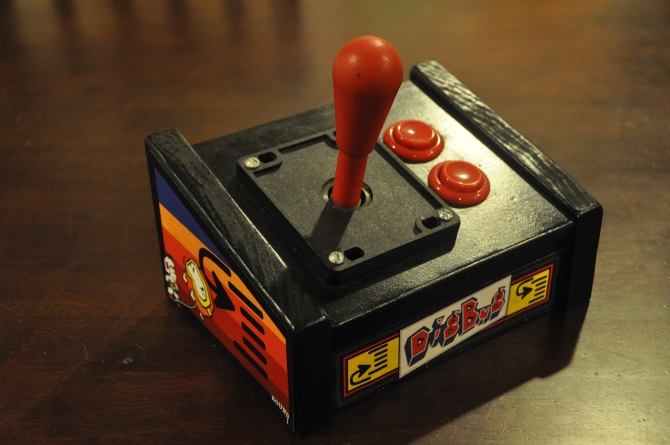 I found an arcade joystick and two arcade style buttons. They are mounted in a wood encloure that is an homage to an arcade machine. The joystick and the buttons are connected to a Teensy microcontroller. (http://www.pjrc.com/teensy/) The Teensy acts like a USB keyboard and sends the correct keyboard shortcut for each of the inputs. Because the computer sees DigBug as a keyboard, there is nothing to install on the desktop.

The Teensy microcontroller was great to work with. It can be programmed with the Arduino IDE, which is what I did. (You can get the Teensyduino libraries from their website.) It is small, so it can easily be embedded in a project like this. It was nice libraries to make the Teensy act like a keyboard or a mouse. 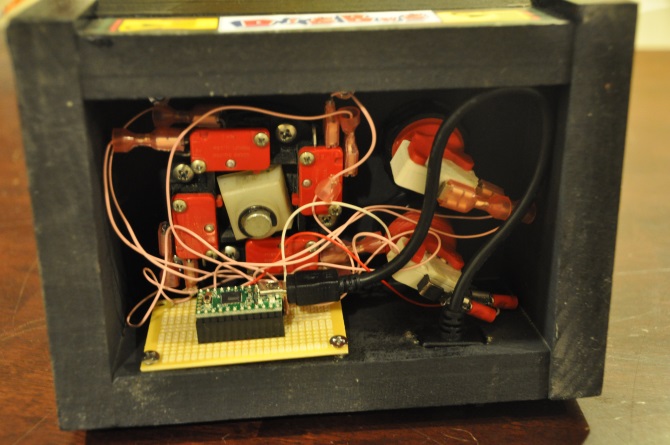 My wife created the artwork on the side. Each side has an image that looks like one of the Visual Studio debug icons dug out in a Dig Dug level.