The Checklist - A simple tool to help developers work on complex systems.

Earlier this month, a blog post went viral titled “Complexity is killing software developers”. The article is worth reading. It talks about how to control complexity. I agree we should try to reduce complexity. But what do we do when the dev work we do is necessarily complex? In this post, I want to discuss a tool to help developers work more effectively when solving complicated and complex problems.

The Plane Too Complex to Fly In the 1930s, the U.S. Army Air Corps held a competition for manufacturers to design and build the next generation long-range bomber. Boeing’s Model 299 was the fastest, had the longest range, and had the largest payload capacity. But one of its early test flights ended in a tragic crash that killed the pilot and injured the rest of the crew. There were concerns that the new capabilities of the plane made it too complex to fly. But Boeing was able to overcome these challenges, and the plane would go on to have an incredibly successful service. It is now famously known as the B-17 Flying Fortress.

How was Boeing able to deal with the technical complexity of flying such a complicated plane? It wasn’t to reduce the capabilities of the plane or to simplify the cockpit. It was the introduction of a simple checklist. This simple tool reduced the cognitive load on the pilot to the point where it could be operated routinely without any errors. 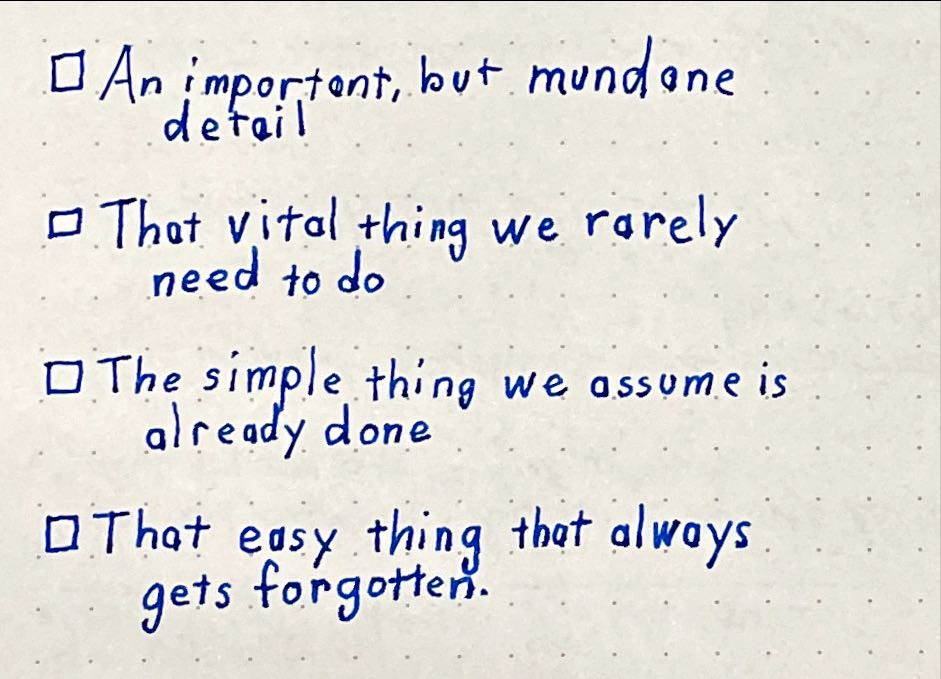 The important thing that he found was that when we are solving complex or complicated problems, we tend to miss simple steps, either because we forget them or we wrongly deem them unimportant. This is not because we are dumb; it is because we are human. Our brains have a limited number of things they can hold in working memory at any given time.

A good example of this would be tasks that only happen periodically on a project. For example, you only periodically need to select cloud-based resources for your production environment. It would be best if you remembered to consider cost, security, performance, and integrations. Each one is important, but you could forget one of them in the excitement of planning new features. Having a checklist would ensure that all of them were at least considered, even if some were easy or not applicable.

There are two kinds of checks that are prime candidates for inclusion in a checklist, task checks and communication checks. Task checks are things that must be done. Communication checks are for specific bits of information that need to be communicated to specific people. In your development process, you must correctly identify what needs to be done and who needs to be notified. While developing and deploying an exciting new feature, you might forget that the marketing team needs to be notified when the feature is live on the site. A checklist could prevent this kind of mistake.